The Niigata Bandaijima Art Museum is featuring yet another fantastic exhibition. Until February 28th, 2016, they have on display approximately 480 of Mika Ningawa’s photographs- the largest collection of her works to date.

Mika Ninagawa comes from a family of creative people- her parents, grandfather, and some of her cousins were/are actors and her father also is a director and producer- but she has definitely made a name for herself and is an accomplished director and videographer in addition to the numerous awards she has received for her photography. She has directed 2 movies and many music videos for bands such as AKB48 and J Soul Brothers. She is known for her bright, vibrant images featuring flowers, landscapes and portraits. 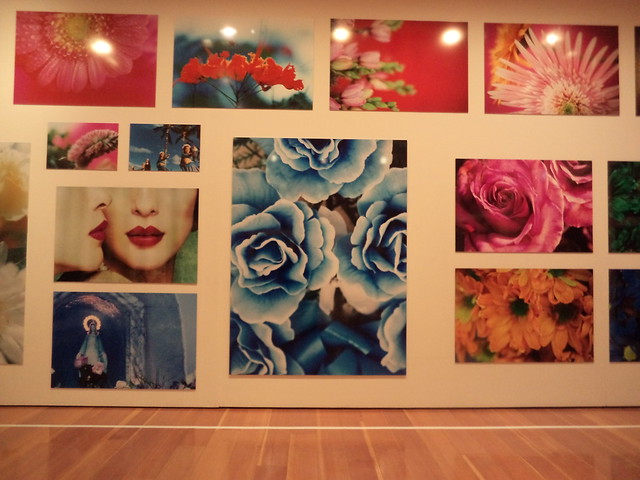 As there are so many pieces, they have been divided up into 9 rooms all of which with walls that complement the works.

The first of which being “Flowers.” This GIANT room has 106 images of flowers, things that look like flowers, and other bright things mostly found in nature, all of which you have permission to take photos of/with. 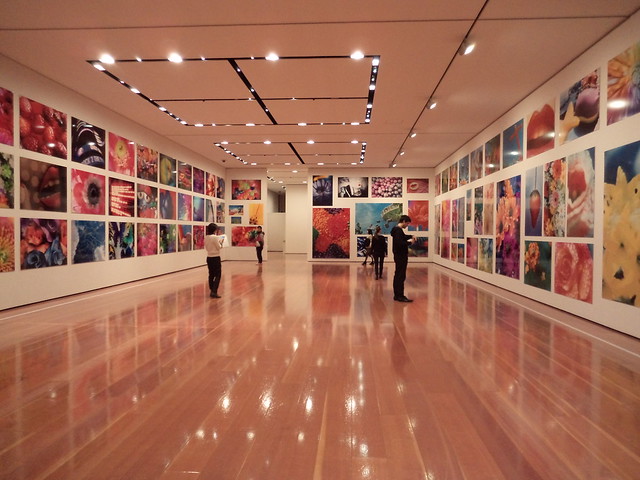 The second room is titled “桜” and features 12 images from her collection (of the same name) of cherry blossoms that she took over the span of a week in the Spring of 2011- the year of the great earthquake. 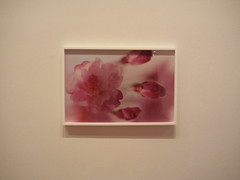 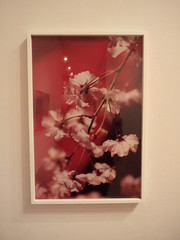 The third room is titled “TOKYO INNOCENCE” and features 78 pictures of people from various parts of Tokyo’s underground cultures- performers, drag queens, artists, and designers to name a few. 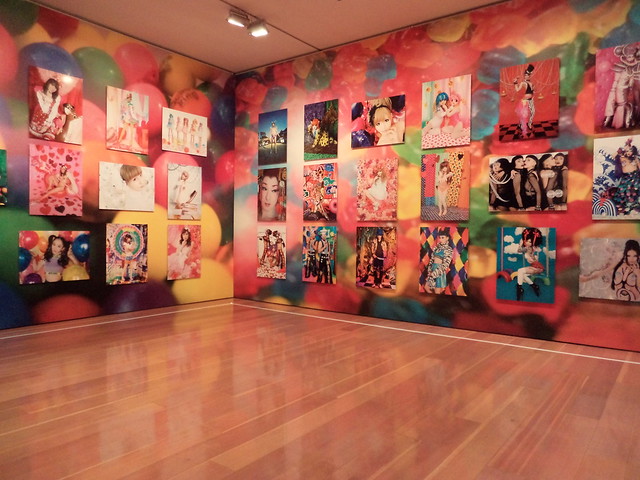 Room number 4 is 21 pieces from her “PLANT A TREE” collection and is comprised solely of images taken over a period of 3 hours on a day in the spring of 2010. The fleeting beauty that sakura are known for is prominent in this collection. 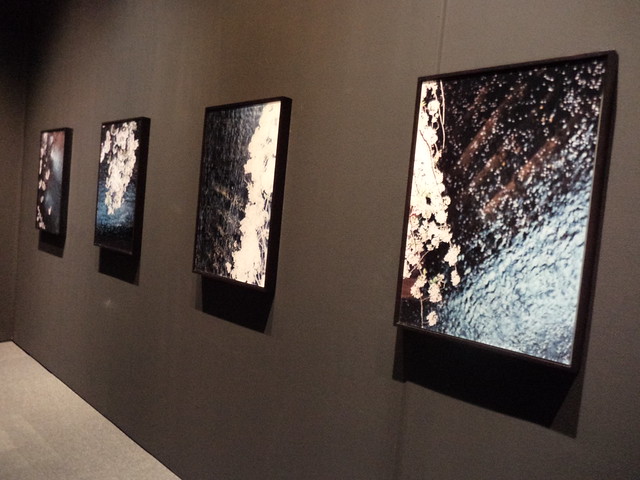 5th is “Portraits” and has 84 images of well known idols, celebrities,  and the like in various scenes, some portrayed not as they normally are so you may not even recognize them. 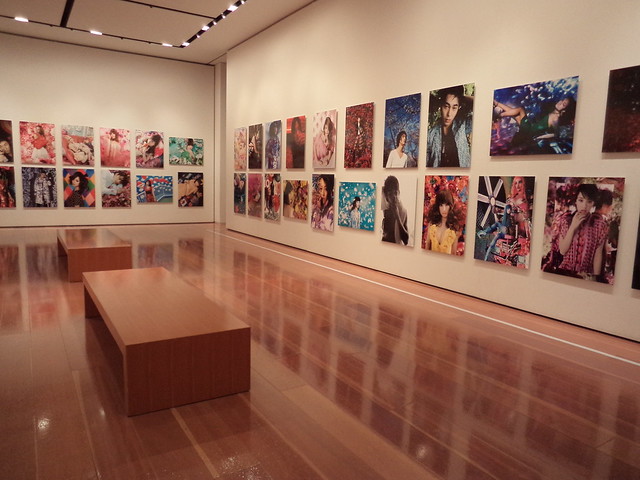 Room #6 is titled “noir” and has 76 pieces that have a completely different feel that all of the rooms prior- you almost think you have entered a new exhibit. This room plays with light, dark and color. 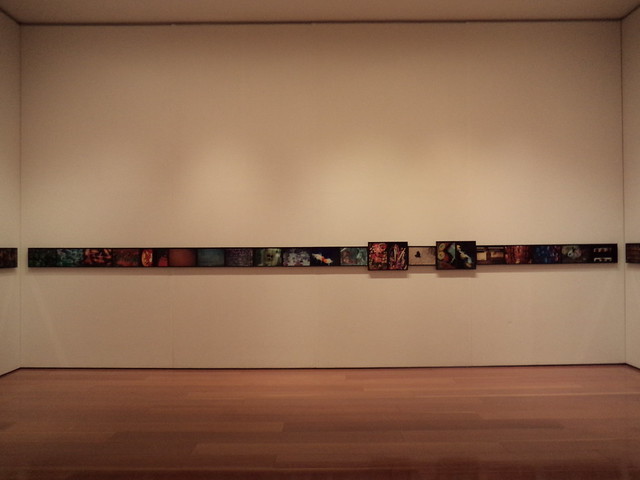 Room 7 is “noir/Self-image” has 53 prints and is a continuation of room 6- with enlarged versions of some of the images of the previous room- as well as a preview of room 8. 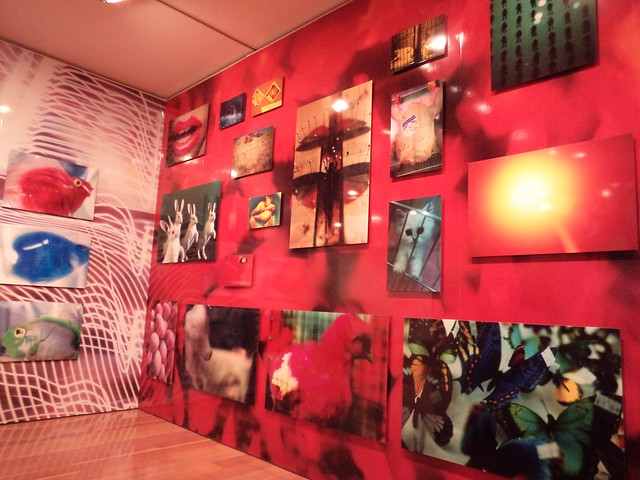 Room 8 is “Self-image” and there are 28 self portraits (fair warning: some of which are nude) again in a completely different style to the rooms prior. (Photography was not allowed in the room so the below image was taken from her website)

The last room was titled “花火” and has 12 giant images of fireworks- but they are not shot in the way that you are used to seeing fireworks. She let the lights linger so you could see the trail they left. Some even looked incredibly like flowers- I guess there is a reason why the word for ‘fireworks’ in Japanese includes the kanji for flowers. 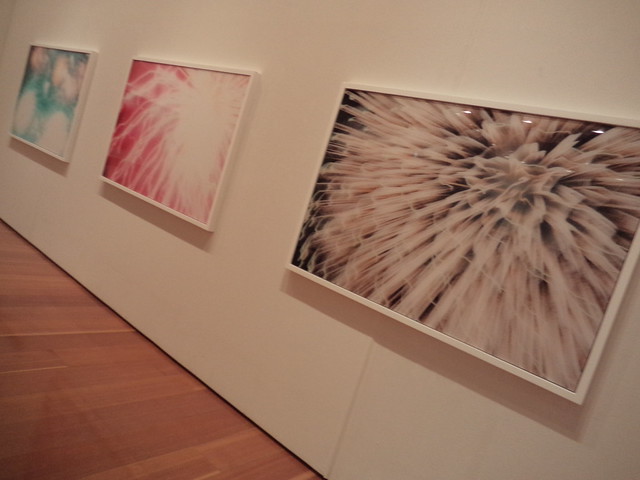 Her photography is so beautiful I barely have the words to describe and all of the images in this post do not do them justice. If you have the time check it out! Since there is also a large variety, there is something for everyone!